27 December 2019
Whenas all the world was in profoundest quietness: Silence at Christmas

“Silence is God’s first language.”
– St. John of the Cross

So much of our Christmas vocabulary is about quiet or silence.

This has always been true, but it’s only lately that I’ve noticed just how prevalent the theme of turning down the volume is in the Nativity season. And today, on St. John’s Day, I think the Gospel of John also has something to tell us about this.

The most famous hymn for midnight Mass sets the scene:

Silent night, holy night,
all is calm, all is bright
round yon virgin mother and child.
Holy infant, so tender and mild,
sleep in heavenly peace.

The traditional mood of the central part of the narrative is one of quietness. Even the livestock in a 19th century African-American spiritual sense the mood.

While shepherds kept their watching
o’er silent flocks by night,
behold, throughout the heavens
there shone a holy light.

Another famous hymn begs us to quiet ourselves so that we can better enter into the narrative.

“O hush the noise and cease your strife
and hear the angels sing!”

Many beloved Christmas carols also rely on the acoustical properties of snow. This accumulating precipitation is a phenomenon traditionally associated with the Christmas season in the northern hemisphere. When the snow piles up, the world gets even softer.

An anonymous 19th-century hymn actually places the birth narrative amidst a snowfall:

The snow lay on the ground,
the stars shone bright,
when Christ our Lord was born
on Christmas night.

But singing about silence isn’t just reserved for a quiet candlelight ceremony, fluffy fauna, or meteorological muffling. There’s some real theological something or other going on. A famous nineteenth-century American text has a bit more depth to it:

O little town of Bethlehem
how still we see thee lie!
Above thy deep and dreamless sleep
the silent stars go by...

How silently, how silently,
the wondrous gift is given!
So God imparts to human hearts
the blessings of his heaven.
No ear may hear his coming,
but in this world of sin,
where meek souls will receive him, still
the dear Christ enters in.

Other hymns and even the Introit for the First Sunday after Christmas variously juxtapose silence with the Word. In some instances, it is the Word itself that is silent.

“Why lies he in such mean estate
where ox and ass are feeding?
Good Christian, fear: for sinners here
the silent Word is pleading.”

Hymn 115: “What child is this, who, laid to rest.” William Chatterton Dix

But silent knelt the mother blest
of the yet silent Word,
and pondering all things in her heart,
with speechless praise adored.

But in the Introit for the First Sunday after Christmas, we encounter perhaps what is the underlying reason for this obsession with silence. God speaks the Word at Christmas, and naturally, he chose a quiet moment to do it so that the Word would be heard.

Whenas all the world was in profoundest quietness,
and night was in the midst of her swift course:
thine almighty word, O Lord,
leaped down from heaven out of thy royal throne.

The prologue hymn to the Gospel of John elaborates on this. “In the beginning was the Word.” At the beginning of creation, or so one theory goes, there was a “big bang.” Before the creation of sound, even the existence of a single Word would be a big bang. And so, in the Incarnation, the coming of the Word to a silent, receptive world most closely mirrors the moment of creation.

A Merry Christmas to you! And may you find some quiet in this Christmastide. It's the way God wants it.

For many years, this blog has been interested in the correlation between Star Wars film release dates and the liturgical year.

It is readily apparent that the release of the original trilogy was tied to the Day of Pentecost, the first two films being released before the feast day, and the final film in the Octave.

However, with the latest trilogy, the pattern has shifted to one apparently tied to the O Antiphons. The second film missed the traditional start of the O Antiphons, but it got pretty close. 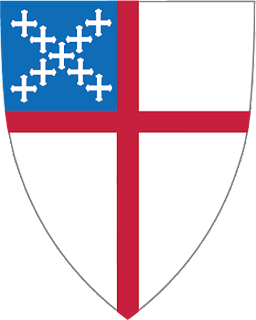 With the original trilogy, the concept of the Force was introduced to audiences, so a tie in the Pentecost, the feast of the Holy Spirit, seems natural. The second trilogy followed this same pattern, with the terminal film being released again during the Pentecost Octave.

But I suspect the content of the latest film and the antiphon "O Clavis David" will have a nice resonance.

O Key of David and scepter of the House of Israel; you open and no one can shut; you shut and no one can open: Come and lead the prisoners from the prison house, those who dwell in darkness and the shadow of death.