Dear Brothers and Sisters in the Episcopal Church,

If you're like me, there's a word you've been singing incorrectly every All Saints' Day.

In stanza 2 of William Walsham How's brilliant hymn "For all the saints", the The Hymnal 1982 appears to be in error.

Most hymnals have it as:

I hesitate to point this out to everyone, except, wait, no I don't. 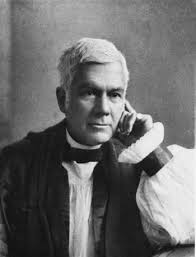 The words that we sing are terribly important. Lex orandi, lex credendi. The law of prayer is the law of belief. And the one "who sings prays twice" according to St. Augustine. So if we sing these words, we are liable to believe them twice as much.

And on one of the Principal Feast Days of the Episcopal Church, it behooves us to get it right. Doesn't it?

It seems to me that given a choice most Episcopalians would vastly prefer the second phrase!

In the Hymnal 1871 it was rendered "the Light of light". This was about seven years after the hymn was first published.

It is in the successor to the 1871 book, the Hymnal 1892, that the change to "the one true Light" first appears in an Episcopal hymnal (view it here).

So why the reason for the change? Was this a mistake that was made in 1892 and never corrected?

And what were Bishop How's original words anyway? Hymns seem to take a while to "settle" sometimes. It's worth noting that the familiar Christmas hymn "Hark! the herald angels sing" emerged from Charles Wesley's pen with the almost unrecognizable first line "HARK how all the Welkin rings".

Despite the text given within the body of the Wikipedia article for this hymn, "For All the Saints", it seems likely to me that the original phrase was "Light of light." (The image accompanying the article includes this phrase).

A cursory examination of images on Hymnary.org reveals that at mid-century, most hymnals were split between "Light of light" and "their one true light"

In any case, the phrase "the one true light" in Episcopal hymnals since 1892 seems to be an outlier.

As we approach the "Hymnal 2024" do we want to choose the older phrase, "their Light of light", the more ubiquitous "their one true light", or simply preserve the uniquely Episcopal "the one true light"?

What do you think? Discuss.

I've surely heard this hymn in recording dozens of times, but it wasn't until hearing the broadcast of this week's Evensong from Salisbury Cathedral that I really noticed the discrepancy.