I love the Episcopal Church and I am privileged to be an organist working in it. But I am not alone in wondering about the future of the Church in which I find myself employed.

I applaud those who think creatively about ministry and are able to empower small and mid-sized congregations to be the best they can be. But I think a recent article published by the Episcopal Diocese of Dallas is destructive to the church's worship and mission. (The article has since been removed the Diocese's website, but without any notice and without any word from the Diocese about why it has been taken down. You can read an archived copy here: "The Future of the Organ for Church Worship")

We live in an era marked by increasing technicization. It's not enough to be able to turn on electric lights in our homes by flipping a switch; now it is possible to operate lights with voice commands. Parallel parking is less important in driver education as more and more cars park themselves. With the click of a mouse, we readily assign friendships, likes, loves. 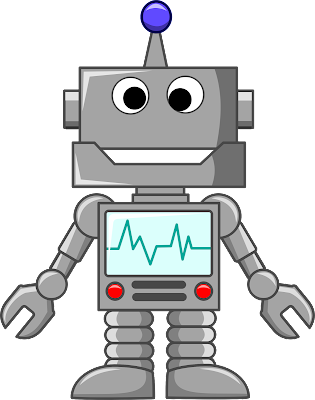 But the church should and must resist such technicization. Don't get me wrong. Electric lights, the public address system, and word processing are probably the three greatest enhancements to Episcopal worship. But electric lights do not replace real candles (at least I hope they don't!). The public address system doesn't read the lessons or preach the gospel on its own. Service leaflets may help worshippers to follow the liturgy, but they draw their effectiveness from the Book of Common Prayer, the Hymnal, and our liturgical tradition.

Furthermore, all of these technological enhancements are added costs. It would be cheaper not to turn on the lights, maintain the sound system, or run a church print shop every week. It is only with music, it seems, that we regularly find a desire to radically cut the expense of producing worship.

It is a similar desire for economic efficiency that drives the author of "The Future of the Organ for Church Worship" to suggest an electronic replacement for the organist itself. The author argues that organists are hard to work with and difficult to find (a double whammy!). Why not just get what he calls an "organ in a box"? But let's be clear: this name is terrible. He's talking about replacing the lay professional who plays the organ with a device so the more accurate term would be "organist in a box", or even a "robot organist".

The reason that the organ has developed as an instrument for Christian worship (and it did so in physically large churches) is that it is tremendously efficient already. There is no other single instrument capable of such a wide range of pitch, color, and sheer sound. That an organist was required to play such an instrument was simply a fact of life. It was still a paragon of efficiency.

Now, however, a further kind of efficiency is sought: the elimination of the organist him/herself

The reasons given for the elimination of the organist in the article in question are somewhat offensive:

The most lamentable part of "The Future of the Organ" article isn't about efficiency or any of the perceived "advantages" listed above; it's the fact that excising the human element of music in worship is horribly destructive to the role of music in the liturgy.

Built into the very warrant for sacramental worship is a verb of performance. Hidden in that performance is a vision of life in Christ that is not a state of being but rather an act, an act of the worshippers who enact a cosmos and a community that is nothing less than God’s act of creation.

An organist robot does not perform in a human sense.

Furthermore, I am dubious of the ethics in having the regular organist record music on MIDI to be played in his or her absence, also mentioned in this article. Everyone is entitled to some amount of vacation, right? Does the rector record his or her sermon in advance and simply have it broadcast over the church public address system? I hope not. Yes, recording sermons or organ music in advance is possible, but it is not desirable. Even when we are fortunate enough to have human organists, let's please not treat them like robots.

I have a specific way that I like to lead breaths in hymns. Many years ago, I became convicted that I and too many organists are guilty of rushing each successive stanza of the hymn one after another. It diminishes a congregations ability to mentally finish the words they have just sung, get a good breath, and a confident start on the next stanza.

In every congregation I have served, I can hear the congregation adapting, hymn by hymn, week by week, year by year, to the way I lead breaths between stanzas of a hymn. Sometimes I don't have it quite right, and their singing lets me know. We're in the room together, and its a symbiotic relationship. I guarantee you a robot cannot do this. In fact, the symbiotic breathing I am describing is the opposite of robotic. It's the very definition of being human.

In the "Future of the Organ" author's own words: "many young Christians have grown weary of the high tech entertainment based worship and seek something with deeper ties to historical Christianity."

Robots don't have deeper ties to historical Christianity, at least not yet.

Down with robot organists!