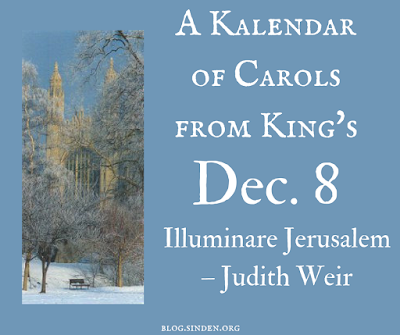 For me, this carol has always been a standout. It's so totally unexpected. It maintains the air of a true medieval carol, albeit one with hypercharged harmonies.

And the scoring information doesn't really give the whole picture: yes, it is accompanied by organ, but only for a beautifully conceived special effect. It's essentially a homophonic a capella carol. When the organ comes in, it serves only to extend the range of the choir to the bottom. And as soon as it speaks, with it's brief, booming oscillation, it is silent again.