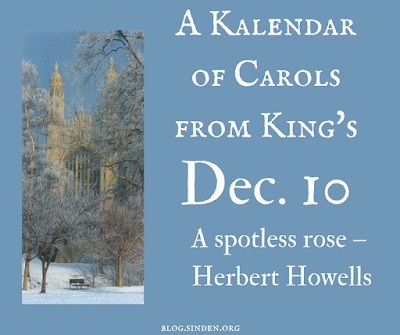 Patrick Hadley famously wrote to Herbert Howells about this piece in 1955.

O Herbert, that cadence to A Spotless Rose is not merely ‘one of those things’. Brainwave it certainly is, but it is much more than that. It is a stroke of genius. I should like, when my time comes, to pass away with that magical cadence. I expect you’ll say you hadn’t to think, it was already there