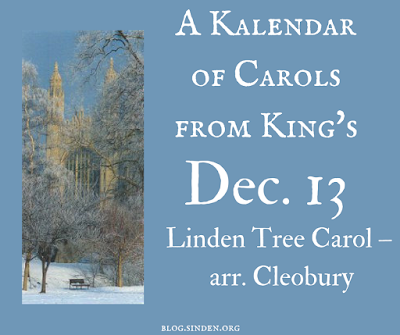 At this point in the service – we are now at the second carol after the Fifth Lesson – we hear what is surely a new carol arrangement by the Director of Music. (The service booklet lists no publisher for this carol.)

Cleobury's "Cherry Tree Carol" was sung as far back as 1986. But here he has written a new "Tree" carol, this time setting another traditional carol text. My scattered records indicate that "The Linden Tree Carol" was sung in at least two services in the 1930s, but I don't think it has been included since.